(NaturalNews) Most of us remember nap times when we were children. Sleep researchers have found that napping is actually one of the best ways to boost athletic performance and learning skills. It is estimated now that over 70% of American society is suffering symptoms related to sleep deprivation. Napping is an ideal tool to be used by anyone from athlete to lay person looking to improve performance and quality of life.

A study conducted by Dr. Catherine Milner at Brock University in Ontaria showed dramatic improvements in overall attention and awareness after naps. The subjects had improvements in subjective sleepiness, fatigue and accuracy on tests of mental sharpness. The participants in the napping group were shown to be significantly more physiologically alert following naps.

Dr. Charles Czeisler, the director of the Division of Sleep Medicine at Harvard Medical School, believes very strongly in the benefits of napping for athletes. Czeisler, nicknamed the sleep doctor, works with teams such as the Boston Celtics. Research has shown that sleep in general and nap sleep in particular help to consolidate memory. This is especially true for newly acquired skills.

Research has shown these findings by analyzing animals runningthrough mazes. According to Czeisler, `Certain brain cells fire when they hit certain points in the maze. We`ve found that the mice are rerunning the maze in their sleep and when they awaken, they can more quickly negotiate the maze. The animals were practicing during sleep.`

Sleep has been shown to enhance reaction time, which is a necessary skill in most sports. Cheri Mah of the Stanford Sleep Disorders Clinic and Research Laboratory has been following the sleep patterns and athletic performance of Stanford athletes for years. Her research continues to show that getting more sleep leads to better sports performance for all types of athletes. 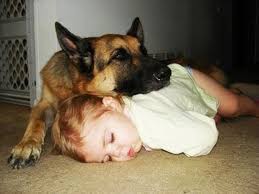 A series of studies performed by Mah at Standard University looked at athletes (basketball, tennis, & swimming) with extended sleep up to 10 hours a day. The basketball players studied showed noted improvements in three point accuracy (9.2%), in free throw accuracy (9%) and in faster sprint speeds. The tennis players got more of their first serves in play, and the swimmers improved their sprint times. Other research has shown that athletes, who get less than 7 hours of sleep, take close to a quarter-second longer to respond to stimulus. This is the difference between making and blowing a big play.

Athletes, who are well rested, also have improved mood stabilization, emotional control and mental balance. This is a survival based instinct. When you are sleep deprived, your body assumes that you are under more stressful circumstances, so it will fire its primitive survival portions of the brain more frequently. Brain studies with magnets reveal that in the sleep deprived the amygdale – which controls emotional stability – fires more quickly. This increases the fight or flight response and dampens higher levels of cognitive and emotional function.

Sleep also improves the immune system and reduces inflammatory behavior in the body. This is especially important for the athlete recovering from training bouts, competitions and injuries. This could be the difference between the body successfully adapting and overcoming an injury or re-aggravating a fading injury and being put on the shelf for the rest of the year.

Daytime napping is an especially useful tool for recovering from sleep debt. Most experts agree that the optimal time period for a nap is between 10 and 30 minutes. Studies have not shown much improvement in smaller naps ranging around 5 minutes while longer napping periods can interfere with nighttime sleep.

[Editor`s Note: NaturalNews is strongly against the use of all forms of animal testing. We fully support implementation of humane medical experimentation that promotes the health and wellbeing of all living creatures.]