Dehydration, even mild (be careful to avoid)

Mild dehydration can have serious effects on health

(NaturalNews) According to two new studies from University of Connecticut’s Human Performance Laboratory, even mild dehydration can have a significant impact on a person’s mood, energy levels and mental performance.

Test results show no difference between taking a 40 minute walk or sitting at a desk. Lawrence E. Armstrong, professor of physiology at University of Connecticut, lead study researcher and hydration expert with over 20 years experience, stressed on the importance of staying hydrated throughout the day, regardless of the level of physical activity one is engaged in.

“Our thirst sensation doesn’t really appear until we are 1 or 2 percent dehydrated. By then dehydration is already setting in and starting to impact how our mind and body perform. Dehydration affects all people, and staying properly hydrated is just as important for those who work all day at a computer as it is for marathon runners, who can lose up to 8 percent of their body weight as water when they compete,” said Dr. Armstrong.

Two distinct groups of young, healthy and active individuals were tested in the studies. 25 women with an average age of 23 years took part in one trial, while a separate group of 26 men, averaging 20 years of age, took part in the second trial. All participants were subjected to three evaluations that were separated by 28 days break. The participants were first asked to walk on a treadmill to induce dehydration, after having been properly hydrated the night before. Next, the research team measured the participants’ cognitive skills, including vigilance, concentration, reaction time, learning, memory, and reasoning. These results were compared to test results obtained when the participants were not dehydrated.

Although no significant reduction in cognitive skills was noted, the women’s group reported that mild dehydration caused fatigue, headaches and difficulty concentrating. This particular study is featured in the February issue of The Journal of Nutrition.

For the men’s group, mild dehydration caused some difficulty with mental tasks that involved vigilance and working memory. Men also reported fatigue, tension and anxiety. However, the research team noted that dehydration symptoms were “substantially greater in females than in males, both at rest and during exercise”. The study involving men has been published in the November 2011 issue of the British Journal of Nutrition.

Harris Lieberman, study co-author and research psychologist with the Military Nutrition Division of the U.S. Army Research Institute in Natick, explained that “Even mild dehydration that can occur during the course of our ordinary daily activities can degrade how we are feeling, especially for women, who appear to be more susceptible to the adverse effects of low levels of dehydration than men. In both sexes these adverse mood changes may limit the motivation required to engage in even moderate aerobic exercise. Mild dehydration may also interfere with other daily activities, even when there is no physical demand component present.”

The scientists don’t yet know why women are more vulnerable than men to the effects of mild dehydration. Researchers believe that it may be part of an ancient survival mechanism that alerts us that we need to rehydrate ourselves.

Sources for this article include:

About the author:
Raw Michelle is a natural health blogger and researcher, sharing her passions with others, using the Internet as her medium. She discusses topics in a straight forward way in hopes to help people from all walks of life achieve optimal health and well-being. She has authored and published hundreds of articles on topics such as the raw food diet and green living in general. In 2010, Michelle created RawFoodHealthWatch.com, to share with people her approach to the raw food diet and detoxification. 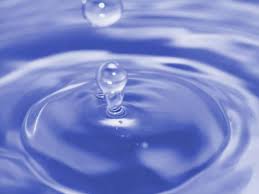 More than fifty percent of the human body is made of water. Knowing that, it’s not hard to realize how important staying hydrated is to a person’s well-being. In fact, dehydration can cause confusion, dizziness, and sluggishness in addition to other more serious symptoms. And while people can go for weeks without eating, a person can’t live more than a few days without water. Water is a precious, valuable resource for the human body.

Knowing this, people still persist in drinking beverages that don’t truly hydrate and cleanse the body. In the modern day, it’s so much easier to grab a sugary soda or a grande latte than it is to pour a simple, clean cup of water. But if a person can drink the water instead, she will reap so many benefits! Here are just a few of them:

Detoxification: Randa Khalil says on Disabled World‘s website that water is “the most ancient and potent natural detox aid ever known to mankind.” Unlike other fluids people can put in their bodies, water is clean and pure, and it helps the body remove toxins from their diet. The kidneys have a daunting task, but water can help them.

As a diet aid: It might sound funny, but lots of people on the Standard American Diet confuse thirst for hunger, so instead of drinking a glass of water, they eat! While many foods have water in them, there might not be enough to satisfy a person’s thirst. If a person is trying to watch his weight, he might try drinking a glass of water first. His body will thank him.

Water is important in so many ways, but people today are worried about their water sources. Fortunately, there are good filtration systems to cleanse water before a person drinks it. People on a budget can purchase water pitchers with replaceable carbon filters. These filters can remove many impurities in water, toxins like lead, mercury, copper, and cadmium. Some filters can even remove a majority of chlorine and fluoride. 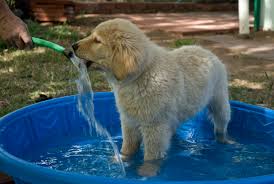 There’s no excuse not to drink plenty of water. After all, doesn’t it make sense to replenish the body’s most important element?